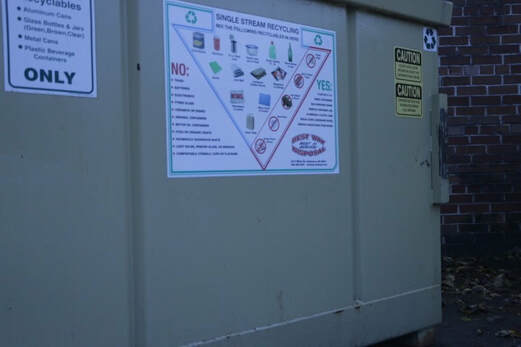 By Adam Rayes
Cardboard, plastic and tin are all equally welcome in most recycling dumpsters on campus thanks to WMU’s switch to “single stream” recycling.  Previously with dual stream recycling, recyclables had to be separated into two or more dumpsters based on their type.

Single stream contributed to 50 percent “more recycled tonnage than dual stream,” according to a 2012 study of material recovery facilities published in the journal, Resources, Conservation and Recycling.

The number of dumpsters between, behind and in front of various buildings at WMU has been reduced to 43 “single stream” labeled bins and 36 bins for cardboard, according to a document on WMU’s recycling webpage. A label on each single stream dumpster depicts an arrow and images to show which pieces of recyclable waste are welcome inside.

The switch began over the summer and was implemented to bring WMU into line with what has already been happening in Kalamazoo and Portage, said Lu DeBoef, WMU’s recycle and waste reduction manager in an email interview.

“Whether we separate our recyclables or not, they end up at the same single stream transfer station,” DeBoef said. 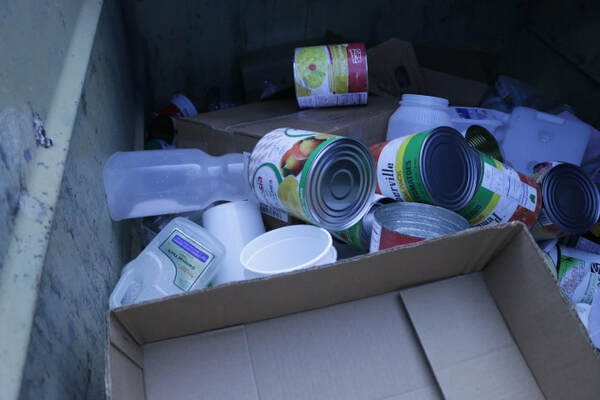 Switching to single stream dumpsters brings lower management costs, she said. These cost reductions come from having one less container in many places, which brings lower garbage truck fuel amounts as well as fewer staff and container bags needed, she said.

There are a few places where extra cardboard-only dumpsters are still present, but only because of the type of building those bins are outside of, she said. All of the dining halls, for example, have a cardboard dumpster next to a single stream dumpster.

The idea of different methods of management also applies to internal recycling bins, DeBoef said, as those have not been consolidated into single stream as of this time.

“Several buildings have built-in recycling bins which keep recycling items separate,” she said. “These are collected by the custodian in clear bags and are either placed in the single stream container or kept separate depending on what type of outdoor recycling containers are located at the building.”

However, that increase in recyclables, or throughput, may lead to more of a problem than people realize, said Sarah Hill, associate professor in WMU’s Institute of Environment and Sustainability.

“Single stream is really good for throughput, meaning you’re going to have a lot of material,” Hill said. “And it’s really bad at getting quality material.”

Hill said she tries to study the recycling industry as much as possible and gets her information from those who work in it.

Hill described recycling as “basically just moving stuff around.” The idea is that recyclables are purchased by manufacturers to replace “virgin material,” she said. So, if the recycled material is not high enough in quality, manufacturers may not want to buy any of it.

“Throughput is what the industry wanted,” she said, however, sheer volume is not as effective after China’s July 2017 “National Sword” policy went into place, which according to a World Trade Organization filing “forbid the import of four classes, 24 kinds of solid wastes” into the country after 2017.

This is an issue, Hill said, because China is one of the largest importers of United States recycled goods. Waste Dive reported findings from a case study of how the “National Sword” policy affected the U.S. recycling industry.

“Based on our observations, the effects are heavy in 13 states, noticeable in 28 (plus D.C.) and minimal in nine,” according to the case study performed by Waste Dive. Michigan is one of the states rated by Waste Dive as “noticeable.”

The WTO filing shows China being very particular about what they will not accept including “unsorted waste and scrap,” items with “ash and residues” and “worn out articles of twine.”

“The stuff has to be clean when it comes to China, it can’t be dirty,” Hill said. “So now you have recycling operators who are stockpiling stuff that will wind up going to a landfill.”

“I would say our community has got a good handle on (single stream recycling),” Burlingham said, adding that the level of contamination from the city’s residents could be as low as seven to 10 percent.

Kalamazoo made its switch to single stream in October 2017, however, the city has not been directly seeing the economic effects of the “National Sword” policy the way others may have because of a 10-year contract for recycling pick up with Republic Services, she said. This contract is similar to the one WMU has with Best Way Disposal.

“A lot of large institutions are in a panic,” said Jeff Spoelstra, director for WMU’s Office for Sustainability. “Like ‘Ah, we didn’t recycle and then we did, and we split things up; and now it’s all single stream and a lot of contamination is happening; and now we don’t know what to do and we have the sorting facilities but it's all contaminated and China won’t buy it anymore.’”

Spoelstra described the numerous attempts to curb contamination like lost battles in a larger recycling war. However, he said that WMU has taken many different approaches to educating students on how to avoid contamination. The education efforts, he said, specifically focus on the colors and contents of signage on waste units and how often they are rotated as well as what kinds of bins are used inside of buildings and how many bins are placed in the buildings.

“The cleaner the stream is the more marketable it is for buyers out there buying recyclables,” he said.

Currently, recycling signage on WMU’s campus uses a combination of limited wording and images to get students to understand what is or is not recyclable.

Interior bins are mostly larger, centrally located and shared by offices, classes or residents instead of being smaller and given to each unit or person individually, Spoelstra said. Those bins also still require recyclables to be separated despite the campus switch to single stream.

“The bottom line is we try really hard to keep our recyclable waste streams pure,” he said. “Contamination is this thing, that you can beat your head against the wall (trying to stop it).” 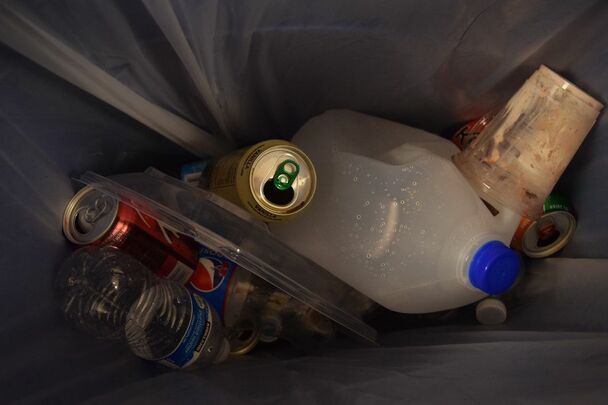