After the game: cadets clean up and recycle

Cadets clean up much of the plastic waste left behind after a WMU football game. 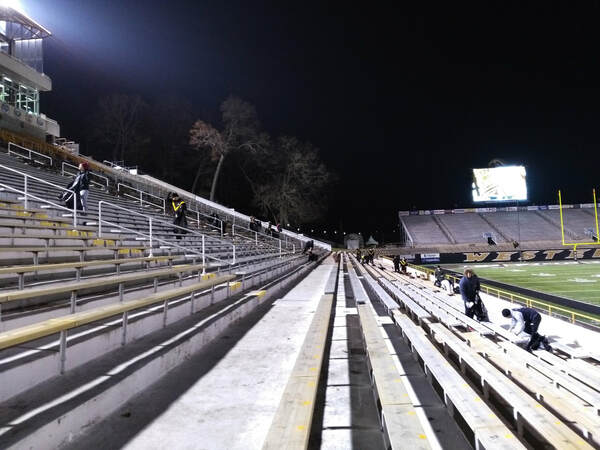 By Robert Tomlinson
It is 6:30 a.m. in Kalamazoo, Mich., the day after the Western Michigan University football team won its biggest game of the 2018 season. It is a dark and chilly early November morning, with temperatures hovering right around the freezing mark. While most people’s lights are still out, the lights at Waldo Stadium are still on, with the 28-21 winning score over Northern Illinois University still showing on the scoreboard.

The lights are still on at Waldo Stadium, not to remind people of the Broncos’ bowl-clinching victory the night prior, but to guide the way for what most people do not see after a football game.

Since 2010, contracted cadets from the WMU Army ROTC program, almost all clad in black and yellow jackets, take to Waldo Stadium to clean up trash, recycle plastic, and collect the rented chairs that litter the stadium the morning after a Bronco home football game.

The cadets begin their morning by lining up in formation and briefly discussing what is going on and how much there might be to pick up. Then, they spread out around the stadium and the field, collecting trash and recyclables as they go.

How long the cleanup can take depends on a number of factors.

“If you have enough manpower, the cleanup can go pretty quickly,” said Brock Schalo, an ROTC command sergeant and biomedical sciences major who oversees the cleanup. “It usually depends on the detail; sometimes you get 30, sometimes more. You also have games where no one shows up, and that can make it go quicker, too.”

Once the cadets have cleaned up the sideline areas, they move to the end zone areas and place the trash bags either in a golf cart or a carved-out area in the south-side concourse.

Although they use the same bags for trash and recyclables, “we do separate trash from the stuff that is recyclable,” Schalo said.

The cadets get paid to clean up Waldo Stadium, and they receive money from the recyclables they pick up. However, the money raised goes to something completely different.

“The money we get from the cleanup goes to pay for our Military Ball,” said Cadet Megan Ross, who has been in the cleanup program for four years. “It is a formal function that is held every February at the Radisson for the cadets.”

Sometimes the cleanup can be difficult, and both Schalo and Ross said they have seen their fair share of interesting experiences during the cleanup.

“When it’s pouring rain, and getting wet and all that, it makes it really difficult,” Ross said. “Sometimes it snows, or it’s just plain cold.” 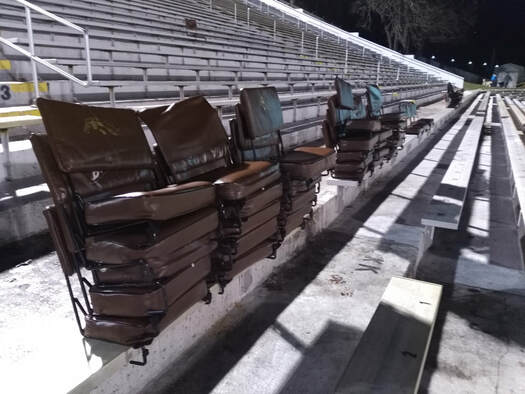 However, both cadets said that there is another reason they clean up the stadium.

“The most satisfaction I get from this is that we’re taking care of our home,” Schalo said. “Sometimes we win, sometimes we lose, but we respect each other by cleaning up the stadium. It’s important to see that ROTC is more than just the military, and taking care of the school helps with that.”

“The Army teaches us selfless service,” Ross said. “When you have people waking up at 5 a.m. to clean the football stadium, it’s our way of showing that selfless service that the Army values to the Kalamazoo community.”

By the time 7 a.m. rolls around, the cleanup is done. Schalo estimated that around 60-70 cadets were on hand for the cleanup, which he said contributed to the cleanup lasting for only half an hour.

Trash and recycling bags are neatly piled, the rent-a-seats are stacked up, and the stands look like nobody was ever there 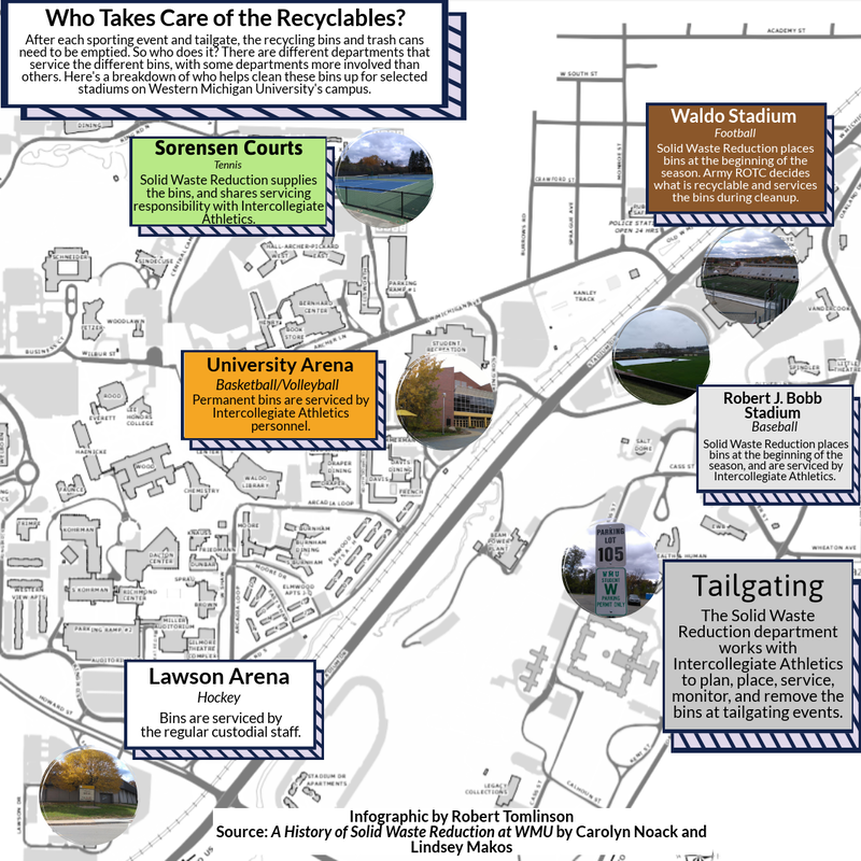