Sustainability experts cite reducing plastic use as the key to more sustainable practices. 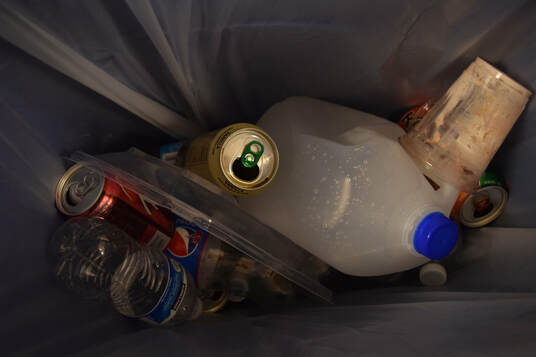 By Elissa Kedziorek
Sustainability is not just a good practice for Western Student Association Office of Sustainability Chair Jenna Otten, it has become a way of life bleeding into many of the choices she makes on a day-to-day basis.

Otten said she first discovered her passion for sustainability in high school. She took a course focused on biology and environmental studies through Education for Employment, a program offered through Kalamazoo Public Schools and many other districts in the area that provides hands-on educational courses for students, Otten said.

“I just found that I was loving spending time outside and had not had that relationship necessarily as a kid,” Otten said.

Through this experience, Otten said she realized that people can really build relationships with nature.

“(People) can go from not necessarily having a strong relationship with the natural world to really having that, and I think that that’s at the core of our beings is to have that relationship with nature because we are a part of it, not something separate from it,” Otten said.

Otten said consumerism is the reason why people do not innately feel that they have a connection with the natural world.

“We think that if we have the nicest clothes and the best things and are able to buy all of these things, that it’s going to lead to us gaining in society and then lead to a better life,” Otten said. “And we’re finding more and more that that’s not true, but it’s so ingrained into how our culture is and has been built that it is an uphill battle to teach people that that’s not necessarily true.”

Otten said that by focusing on consuming, society does not focus on reducing.

“Recycling is like the band-aid,” Otten said. “So it’s like ‘okay I consumed this thing because I felt like I had to consume it and so I’m going to put a band-aid on it, make myself feel better and recycle it,’” Otten said.

Otten said that although recycling does have positive benefits, it is not the primary way to go about solving environmental issues.

However, David Clark, the vice president for sustainability of Amcor, views the problem differently.

Although Amcor previously made different types of packaging, their focus now lies primarily in the production of plastic packaging.

“We devasted most of that business about five years ago and really focused on the plastics part because that was the fastest growing part of the entire packaging industry,” Clark said.

Amcor makes their packaging out of plastic for a specific reason, Clark said.

“None of our customers buy our product because they want us to make tomorrow’s garbage with their brand name on it,” Clark said. “They buy our products because food waste, and a loss of their products, is a big problem.”

“One of the best ways to reduce food waste is to package it properly,” Clark said.

Although plastic-packaging has great properties that can work well to keep the food inside safe, plastic is a problem once it gets into the environment, Clark said.

“Because it’s persistent, it moves around easily, it’s low enough cost that it doesn’t go out of value and people want to collect it in a lot of cases, so when it gets into the environment, we recognize that’s a huge problem,” Clark said.

Plastics in the environment can be a devastating problem for things like biodiversity, fishermen and tourism, he said.

A group called True Cost did a study that looked at the natural capital evaluations of impacts of businesses on the environment, he said. True Cost calculated that the natural capital impacts of plastic production adds up to about $130 billon a year, which includes extraction, production and the impact plastic has on the environment, Clark said. Substituting other materials such as metal, glass and paper, would have an impact of $533 billion on the environment as calculated by the True Cost study, Clark said. He said much more energy would be required to manufacture these substitutable materials and more waste would be produced and sent to the landfill because plastic is lightweight and more efficient than these other materials, Clark said.

“So substituting plastics with other materials is probably not a good solution in the long run for what we’re trying to accomplish,” Clark said.

However, WeSustain Intern Chase Latka, who listened to Clark’s presentation of Amcor’s production of plastic packaging, said using and producing plastic is not the best way to go about packaging.

“Why don’t they look into alternative ways to keep food lasting longer than creating harmful plastics that really are not any better than the huge amount of food we still waste every day in this country,” Latka said. “I understand that they are a business of plastics, but there is no denying the facts about how horrible it is for the planet no matter what way you produce it.”

“They have definitely improved our quality of life in many respects,” Noack said. “However, where we’ve gone wrong is disposable items in general. That can be plastic or glass or paper.”

Noack, like Otten, said she believes the consumeristic frame our society operates on contributes to our problem of waste.

“It’s the consumerism, disposable society that is creating the huge amounts of waste. We have to reduce our consumerism to make a difference,” Noack said.

Reducing her consumerism is just the way Otten has decided to live her life.

“I don’t purchase any new clothing, I purchase all my clothing used so like from Goodwill and things like that,” Otten said. “So it’s kind of taking something that instead of having it to be produced again, or it getting thrown away, using it again.”

Otten said throwing things away is another problem that occurs a lot in our society.

“People are done with something and they just throw it away,” Otten said. “My phone right now is broken, but it’s still works and so I’m not throwing it away. I’m just using it until it doesn’t work anymore and that will be true for my car as well.”